Antifragility: On The Path to Sustainable Project Management?

“Antifragility is beyond resilience or robustness. The resilient resists shocks and stays the same; the antifragile gets better.” ― Nassim Nicholas Taleb 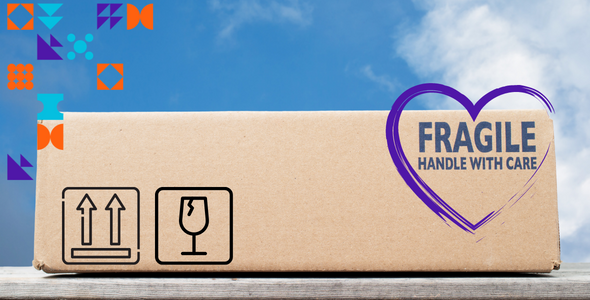 Would you call us crazy if we said that each pair of the sentences above contains two completely opposing statements, both of which are true? Probably yes and yet - that is the case.

We are more used to hearing about the negative consequences of events. This is what makes sensational news after all. Gladly, you can find another perspective. Where does it come from? The idea that disruption and change can have positive consequences and promote improvement comes from a favorite author. If you’re into trading surely you have come across the term Black Swan - unpredictable events with widespread impact. It is coined by Nassim Nicolas Taleb in his book by the same name (Taleb, 2007). Five years later, a development in this theory brings up another term - antifragile (Taleb, 2012). It boils down to this question - what if organizations, societies or even people could gain from disorder? What if they used those as opportunities to strengthen, learn and grow? Well, then they would be antifragile.

Can You Thrive in Adversity?

We often talk about “those who benefit from the downturn”. There are many examples of such events, and you certainly have your own. Think about the last time you had a conflict within your team - open, sharp, loud, perhaps even a bit scary, but it ended up being resolved. How did that affect your team? If you did it right, it created trust between team members and resulted in less time to negotiate your common goals.

Let's take another case. The forceful shift to remote work and confined living caught many companies unprepared. The financial turmoil and the economic coma that governments around the world induced were a big bite to swallow. However, not so much for the Silicon Valley tech giants. Riding the wave of excessive spending, the uptick of the digital economy and the long-term expectations for shift to remote and hybrid work models, those companies capitalized on existing propositions and developed where they had to.

At this point I suspect we may be losing you, dear reader, because your time is precious and the concept of antifragility sounds like some generalist idea of governing organizations or nation states. If you are willing to read on, we can do a wild thought experiment together to battle this idea.

Now, imagine your best friend is in a toxic relationship. Her partner is knocking down her professional aspirations by belittling every achievement and exaggerating every mistake. He is that loud person who mocks her in front of her friends. Normally she is the heart of the group but slowly she grew quiet and disheartened. A couple of months after they broke up you meet your friend for coffee. You barely believe your eyes! She looks awesome - new hairstyle, all smiles and light again. She just landed a new job after being reluctant to apply for several months. You breathe a sigh of relief because you see that she came out of her shell, and she feels great. You reflect together on what she learned and how this will affect her future choice of partners.

If we quickly unpeel this situation the rude boyfriend is a hardship and your friend demonstrated antifragile behavior by evolving in a difficult situation. Antifragility is not a high-level concept. It is a behavioral trait on an individual level.

If we think further about antifragility, we need to ask another fair question. “Isn’t this an overhyped version of resilience?” you may say. Let’s put them side-by-side. What is resilience? How do you demonstrate it?

Resilient people and organizations demonstrate a capability to endure hardship. When disaster strikes motivation and reserves are used to withstand the tide. A resilient organization overcomes distress to come out of it the same as before. An antifragile organization looks for opportunities to develop through the challenge and come out of it better.

In a final attempt to hook you up for the concept, we will share our three favorite ways you can grow yourself and your teams into antifragility champions.

Large companies often battle the field of cost optimization. Global markets provide the unique opportunity to reach out to the farthest corners of Earth to find the supplier who would deliver at the best price. As recent times showed us, it is not always the wisest choice. The model breaks under pressure of political, environmental, or medical conflict.

It was tempting to imagine a globally spread make-to-order good (think cars) as an example, but I dare you to go a bit further and imagine a team where the unique skills needed to protect competitive advantage are not taught or paid for to optimize for cost. Sooner or later such a team would be deprived of the capability to continue developing with sufficient pace or quality and the modest gains will melt down.

The same goes for us. In the 1970s the American psychologist Herbert Freudenberger coined the term burnout. Unfortunately the discovery did not stop millennials from deeply internalizing hustle culture and turning burnout into a widespread phenomenon of our lifetime. Another great example of the fragility of over optimized systems.

Define a short slot when you will sit down with your laptop (it is more anchoring and easier to use as a physical limit than your smartphone) and you will scan through the mail box. When time is up - close the laptop and stop thinning about it.

Think about the most irritating, unbelievably annoying, unbearable managerial style you can recall. One that has been an obvious sign of weakness and fragility. Now let me tell you that this is what you don’t like about yourself. Don’t hate me for this statement. We owe it to the founder of analytical psychology Carl Jung who came up with the theory for our “dark side”. Exactly because we completely deny to ourselves that we possess those characteristics we hate them so much in others. It comes as an unwanted reminder. Being disabled to find the bad in ourselves we can easily spot it in others though. Therefore, it is easier to look for negative examples outside. Dr. Paige Wiliams recommends in her book Becoming Antifragile that we ease the search for ourselves and mark behaviors we would like to avoid in others. It is an easy strategy to correct one of your imperfections without ever admitting (or realizing) you have it.

If you are among the hordes of knowledge workers who work with task lists, you have inevitably done two things: One of the behaviors that often spirals out of control is reminiscence of the failure to meet our criteria for execution efficiency and career success (here I will leave open the question about setting realistic goals for yourself). Why a spiral? Because these thoughts make you question your capacity to solve problems which diminishes your ability to solve problems which makes you question your capacity…

Reality gets smeared with feelings and distorted generalizations, so you must clear the screen. Reflect on the objective situation you are in: But mostly:
We think that the quintessential idea of antifragility has been beautifully described by the Economist:

“Antifragility is the secret to success in a world full of uncertainty, a system for turning random mutations to lasting advantage.”

There is so much power to this concept – and we would like to invite you to let it linger in your mind and think of examples of how you have risen above a hardship to build resilience in your own life as a Project Manager. Moreover, can you think of decisions you can make today to get you closer to being antifragile? As people say, it’s not the destination that matters but the journey – and it’s never too late to start yours.