As of April 14th 2020 PMI is offering the ability to schedule to take the Project Management Professional (PMP) exam online. Administered on a secure platform using proven exam delivery technology, the online exam is exactly the same as the version administered at a test center: the same quality, the same questions, and there’s even a live proctor.

All you need is:

Do you know where Europe’s biggest conference dedicated to Project Management took place in 2019?

Wonder no more as we can share the news with you - it was the Project Management Summit Bulgaria, which took place in Sofia, Bulgaria on November 15th 2019 and had close to 900 registrations and 830+ participants. The event was organized by PMI Bulgaria Chapter and was the 9th edition of the conference, which has been scaling up every year since its start in 2011. 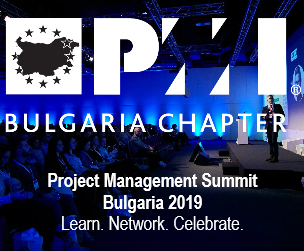 This year PMI Bulgaria Chapter will hold its annual conference and celebrate its 10th birthday on the 15th November 2019 at the National Palace of Culture (NDK) in Sofia, Bulgaria. The annual conference previously known as PMDay Bulgaria will continue to add value to the PM community in Bulgaria and the neighbouring countries under the name Project Management Summit Bulgaria and will take place at a new, bigger and modern location, namely Hall 3 in NDK, which hosted Bulgaria’s presidency of the Council of the European Union. As the biggest project management event in Bulgaria, we expect to host more than 600+ attendees and we have planned quite a lot of surprises during and after the conference.

The Balkan region has always been one of the most interesting regions in Europe. With no formal union, the balkan countries experienced the same historical challenges and had a similar evolution along centuries.
Therefore, we, as PMs Professionals from the Balkan Region, consider that it is the right moment to offer to the Balkan business community the possibility to share best practices, to discuss joint projects at the Balkan Project Leadership Summit.